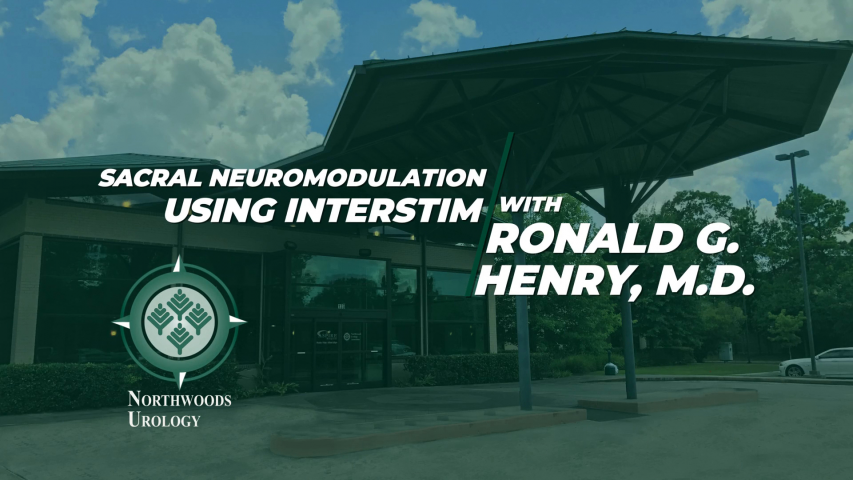 Hello, I’m Dr. Ron Henry of Northwoods Urology of Texas. Today we’re gonna talk about sacral neuromodulation, and the specific device that we use for that is a product called InterStim. We have many patients that have problems with bladder overactivity, urinary infrequency, urgency, incontinence, that really is having a negative effect on lifestyle.

There are several reasons that people can develop these particular problems, and one of the treatment options is something called InterStim. Typically, InterStim is considered third line therapy for patients that had these kind of urinary tract problems. Usually, these are folks that have already had what we call behavior notification, meaning adjusting the volume of fluids, the type of fluids they’re drinking to try to help with their symptoms.

Step two is usually some sort of medication that is designed to try to reduce bladder sensitivity and decreased urinary frequency, urgency, and leakage. If some patients have already been through step one and step two and are still having issues, then we’ll often turn to third line therapy and this is where sacral neuromodulation fits into the scheme of treatment.

InterStim is a product that can be used to block the sacral nerve activity that is causing excessive stimulation to the bladder. The nice thing about InterStim is that we can do an office test to basically predict how it’s gonna work for a patient, and based on their response to the test, we then might proceed with a permanent implant to take care of their problem. The sacral nerves are at the lower end of the spinal cord. The sacrum has basically access to the nerves through what’s called the sacral foramen. In order to do the office test, this is done with strictly local anesthetic, patients are awake.

We take a needle guide and with the help of x-ray, we’ll place a needle in each of the what’s called the sacral 3 foramen, and we will then attach to a electrical stimulator and make sure that we’ve got this localized in the right spot. Once we know we have the needles in the right place, we’ll then insert a wire that would be adjacent to the sacral nerves. The wires come out through the skin and is connected to a little unit that they wear basically for four or five days. And then while they’ve got this so-called test leads in place, then we ask them to keep a voiding diary. And that means they keep track of how often they urinate, how much they urinate, and we use that information to make a decision whether or not this is something that they might want to consider as a definitive treatment.

Most people that have a nice response, they’re likely to call you the next day and say, “This is wonderful, I’m ready to go ahead.” If they come back four or five days later and say, “Well, I’m just not sure that it really helped that much,” they don’t need any type of permanent implant. If they have gotten good results from the test stimulation, then we’ll make arrangements to go ahead and put in a permanent device. And basically, this is now done with sedation and local anesthesia, but more so than just a straight office type setting. The needle guide is again localized in the sacral S3 foramen, and then instead of just a wire, we’ll put actually a lead that will then be adjacent to the sacral nerves. The lead is then brought out through the lower back, and we put in a neurostimulator, typically, in a little pocket under the skin in the upper buttock, and we connect the lead to the generator, and this is all then under the skin.

The generator typically is about that big around, and so there’s a small little incision in the upper buttock where we localize it into a pocket. The device has several programs that can be used and adjusted by the patient. And just like anything else these days, it can actually be communicated with cell phones. So patients can program and adjust their own intensity based on what it needs to help their symptoms. The battery itself will typically last five to seven years, depending on how much stimulation they require. So it’s often that the battery may need to be replaced somewhere down the road, but this is a very simple outpatient procedure. InterStim is something that can be very helpful for the right patient.

So, if you have symptoms of overactive bladder, neurogenic bladder, frequency, urgency, incontinence, please contact the office for evaluation. Not all people need an InterStim, but those people that eventually have implantation are helped tremendously and are very grateful for the improvement in their urinary pattern and habits. 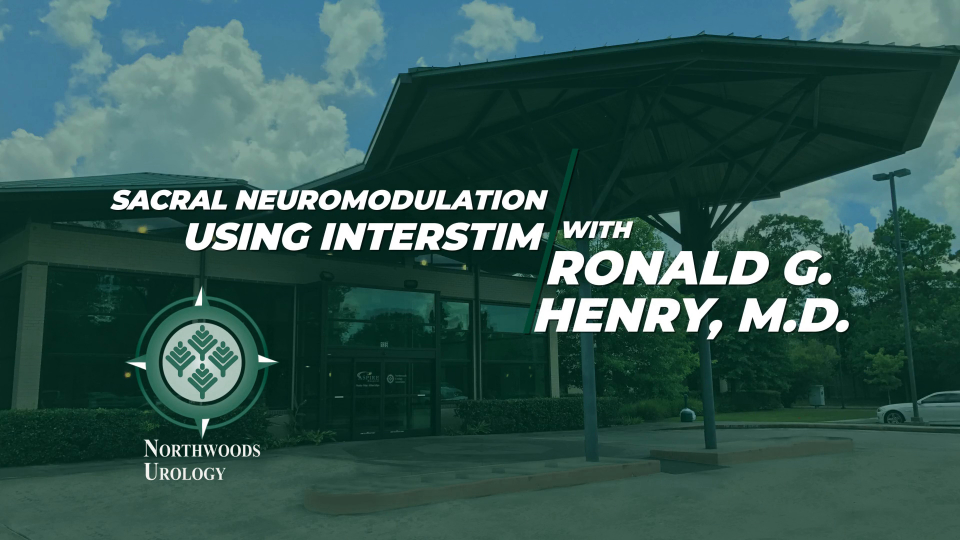